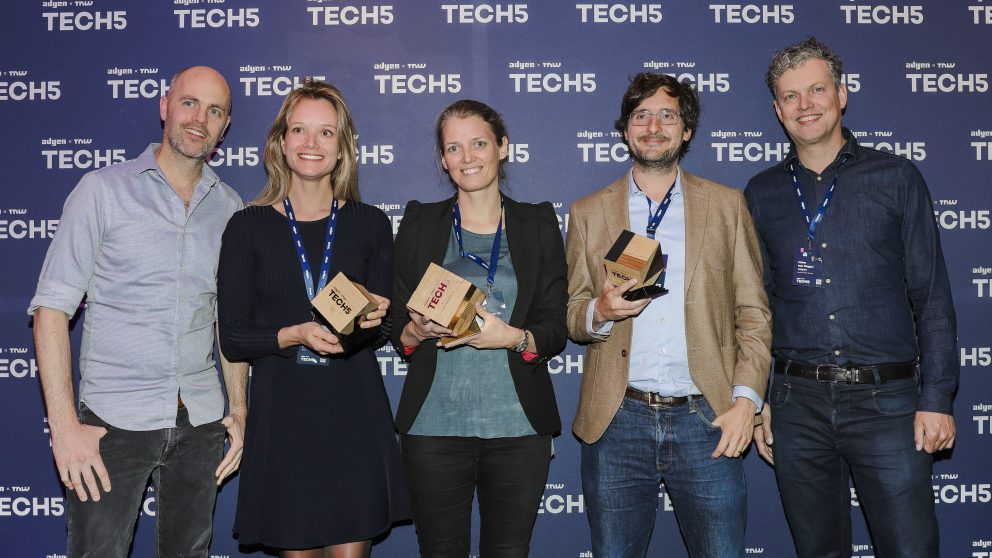 And the Winner is...: Too Good to Go. Photo: Press

Too Good To Go has been awarded with the first prize in the 2019 edition of the Tech5 competition Awards hosted by The Next Web and Adyen as part of the The Next Web Conference in Amsterdam. They have outperformed the competition and ranked first in front of runners-up Unifly (Belgium) and Unbabel (Portugal).

TechBBQ Head of Communication Katrine Arevad was present at the event where the winners were announced. She had a quick chat with Mette Lykke just moments after she received the award:

Mette Lykke, CEO of Too Good To Go comments:

“We are grateful to be recognized by Adyen and The Next Web as the Tech5 winner. We have a team of 280 Waste Warriors across Europe, and this is testimony to their dedication to inspire and empower everyone to take action against food waste. Through our platform we ensure that businesses, consumers and – most importantly – the environment all win, whilst also addressing the serious environmental issue that food waste is. This award is a great recognition and hopefully we will further highlight the issue that we’re trying to solve.”

What are your thoughts about winning this award:

Its crazy! We are very excited – it was a very strong field so I and the team are of course very happy to have won this award.

As former co-founder of a very successful startup how has this affected your journey:

I of course have a lot of great experiences and knowledge which I have brought with me into this company, but really the success lies in the fact that it is a very good idea and the fact that we have a very strong team behind this who all work very hard to make it the success that it is.

Are there any specific benefits of starting an impact company in Denmark?

Where do you see Too Good To Go in 10 years?

Our vision is a world without food waste – right now we have a model with restaurants, but we are looking to eradicate all food waste so in the long run we will be looking outside the restaurant industry and in to other fields where food waste is also a problem.

TNW is a global digital brand that informs, inspires and connects people who love tech, through media, events, and services.

Too Good To Go was founded in 2016 in Copenhagen with the aim to reduce pollution through food waste, which is responsible for 8% of the global greenhouse gas emissions. Since its start, Too Good To Go already saved more than 13 millions of meals and 26 000 tonnes of CO2 and has since expanded to Belgium, France, Germany, Italy, Norway, Poland, Spain, Switzerland, The Netherlands and The United Kingdom. They count more than 280 employees in its 11 European offices.

Founder’s Day, the event that concludes Tech5 2019, has brought together the founders of the 100 selected Tech5 companies, and a total of 250 guests including investors, speakers and opinion leaders. In his capacity as Special Envoy for Dutch initiative StartupDelta, Prince Constantijn van Oranje-Nassau also attended the event.

The selection has been based on the companies’ traction, overheads growth, media buzz and social impact, and Too Good To Go has been scoring high on all parameters, showing significant enough results to win the Tech5 competition ahead of Unifly from Belgium and Unbabel from Portugal, who had been identified as the hottest young tech companies in their respective countries.

This year marks the sixth edition of Tech5, which has been a launchpad for companies such as Transferwise, Delivery Hero, Cabify and Foodpanda. Tech5 alumni finalists collectively raised over €13B in funding over the last five years.

Patrick de Laive, co-founder of The Next Web comments:

“It’s always a pleasure to look at how innovative young European companies are finding creative ways to disrupt industries, pushing for progress, all while building successful businesses around it. As TNW, we’re always proud to play a role in showcasing them and we look forward to seeing them grow into household names.”

“The level of innovation we have seen at this year’s Tech5 has reached new heights. Once again European businesses have showcased themselves as world-leaders, demonstrating creativity and disruption in a wide spectrum of industries. This year’s expanded Tech5 competition looked beyond pure growth numbers to account for other key elements that make a successful business. What has been really exciting this year is to see so many companies that have an important social impact achieve such great success. Too Good to Go is an excellent example of a company using technology for good, and we look forward to following their future success.” 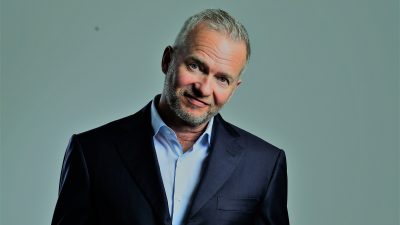 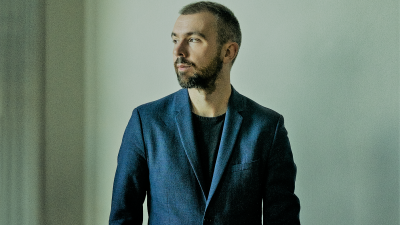