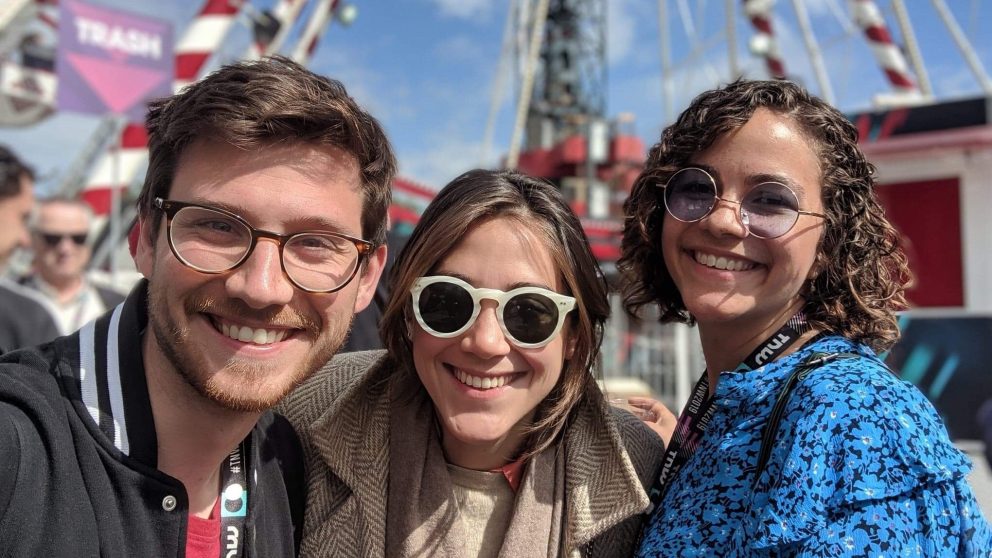 The Next Web – Stepping it up!

Last week I visited Amsterdam for one of the biggest tech events in Europe: The Next Web conference. Together with around 17.500 inspiring founders, investors, tech leaders and many other awesome ecosystem players from all over Europe I spent two days exploring the technologies of tomorrow on the industrial piers of Amsterdam. Here below I will share some highlights and insights from this not-to-miss event!

As Head of PR & Communication TechBBQ which is Scandinavia’s largest event for startups & technology I was excited to go to Amsterdam and experience how The Next Web (TNW) go about gathering some of Europe and the world’s most interesting tech leaders, startups and innovators.

And I must say that they did not dissapoint! TNW this year had managed to build an entire “city” on the piers of Amsterdam which was the frame for a very inspiring conference/festival. There were a few things that could be optimized, such as the event platform and app that was used for signing up to events and connecting with other participants.

There were some errors that prevented me from signing up to workshops and it was not very easy to schedule meetings. But in the end it did not really matter, since one of the wonderful things about TNW and their mentality is that as an attendee you should wander around and explore and talk to the people you bump into – it might be your next investor or your new programmer. I had a chat with TNW co-founder Patrick de laive on the last day outside the speakers lounge where one of the things we talked about was the importance of the atmosphere at the event:

“I think that [the atmosphere] is probably one of the trademarks. Everyone who is here is not only here to get inspired to do business, but also to do it with a smile on their face and be open to people.”

“I was in the speaker lounge earlier and one of the keynote speakers he said – hey are you bringing out food? And I told him no, there is all the street food trucks outside – and he said: great that is amazing, because I’m not used to it, but now I can actually just be around all the other attendees.”

The usual events keep the speakers cut off in their own area throughout the event, but TNW want to encourage everyone including their speakers to mingle with all the other attendees as well.

I arrived in Amsterdam the day before the official event, because I was invited to take part in their Founders Day event hosted in collaboration with Adyen. We were picked up by buses at the central station and whisked away to a castle outside of the city for a day of knowledge sharing, interactive investor and pitching games and networking with incredible founders and investors from all over Europe. The day ended with a lovely dinner and the Tech5 awards where Danish startup Too good to go won the award.

One of the must-see parts of the official program was the opening of the main stage with Guy Kawasaki (click here to watch a clip on twitter of his talk posted by Online Marketers) the genius responsible for building Apple’s cult-like status that remains today.

He basically invented evangelism marketing as Apple’s original chief evangelist from 1983 to 1987, and he was in charge of marketing the very first Macintosh. Kawasaki is now the chief evangelist of Canva and a brand ambassador for Mercedes-Benz. In his talk he starts out with an omage to Steve Jobs: Everything you have ever read, heard or seen about him is true and I would not be where I am today if it were not for Steve Jobs. As TNW has written about his talk as well: his final bit of advice made sense for figuring out how to build your business, and advance your career: get high and to the right:

“It’s not about weed or politics – it’s the only graph you need to chart your life, create a product, and even find the ideal life companion.”

Whether it’s your personality as a potential employee, or the proposition of your product, Kawasaki recommends charting its uniqueness on one axis, and its value on the other. The idea is to optimize your offering so you get high, and to the right, on that chart, which means it’s as unique and valuable as possible.

At the end of Day 1 on the main stage The Chivas Venture had their annual finale giving away $1million in no-strings funding to the most promising social startups from around the world.

In the judging panel were actress, entrepreneur and philanthropist Zoe Saldana  together with Alexandre Ricard (Chairman and CEO of Pernod Ricard – parent company of Chivas Regal), Cemal Ezel (Founder of Change Please and global winner of the Chivas Venture 2018); and Sonal Shah (Economist and founding Executive Director of the Beeck Center for Social Impact + Innovation at Georgetown University.

Out of 20 global finalists, Mexico’s Xilinat walked away with the largest amount of funding, receiving $310,000. Looking to transform the global sugar industry, Xilinat converts agricultural waste into a natural sugar substitute that looks and tastes like normal sugar yet is low in calories; helping tackle obesity while providing a sustainable alternative for diabetics and the health-conscious. In a press release from the event Zoe Saldana commented on our collective responsibility to drive positive impact:

“We are all responsible for the future of our planet and our societies; we need our governments to be agents of positive change and it’s up to us to let them know when they’re doing a good job and when they’re not.”

Another noticeable event was the Startup City Summit  on the second day where 150 of the top tech startup cities joined forces to talk about how to overcome the tech challenges we face today.

Digital Hub Denmark was present at the summit representing the Danish ecosystem. I spoke with Dorte Egelund, Head of Press and Communication, about their participation:

“Startup City Summit is one of the most important international meetups for the Danish ecosystem, where you have an opportunity to connect with other inspiring ecosystem actors on a global scale. It provides an unique opportunity for us to both share our knowledge and learn from other ecosystems.”

The heart of tech

TNW has its slogan as “the heart  of tech” which was indeed reflected both in the program and with the vibe at the venue and from the TNW team. The program itself was filled with inspiring keynotes, talks and fireside chats that had a special focus on impact and the art of doing good when it comes to the use of and development of technology; AI for good, blockchain for good, sustainability, equality all of it took up a lot of space in the program.

One talk that emphasized an interesting aspect of this was on the Future of Europe and tech with Booking.com CEO Gillian Tans. She talked about how Europe has a big advantage in comparison to America & Silicon Valley because Europe understands diversity much better and we should be able to bring much more companies forward that will become more impactful global leaders.

I believe this coincides very well with the TNW’s statement about being the heart of tech, because being the heart does, for me, not only mean being in the center. It also means love. Love for each other and love for the world we live in. And I think that Gillians point that Europe should hold on to this in its developments of new technologies and bigger and stronger ecosystems is very accurate. We should not try to create growth for the sake of growth but rather meaningful growth building companies that has the heart in the right place.

Who else was there?

Besides the ones already mentioned below is a list of some of the top speakers and intersting ecosystem actors that I met and saw at TNW. 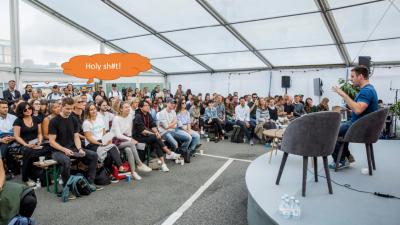 The dark side of growth hacking 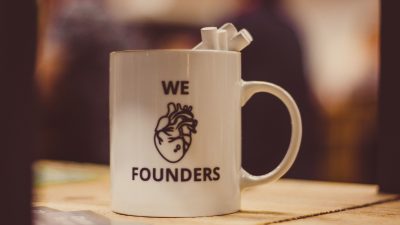 Is the Nordic investment culture “founder-friendly”?