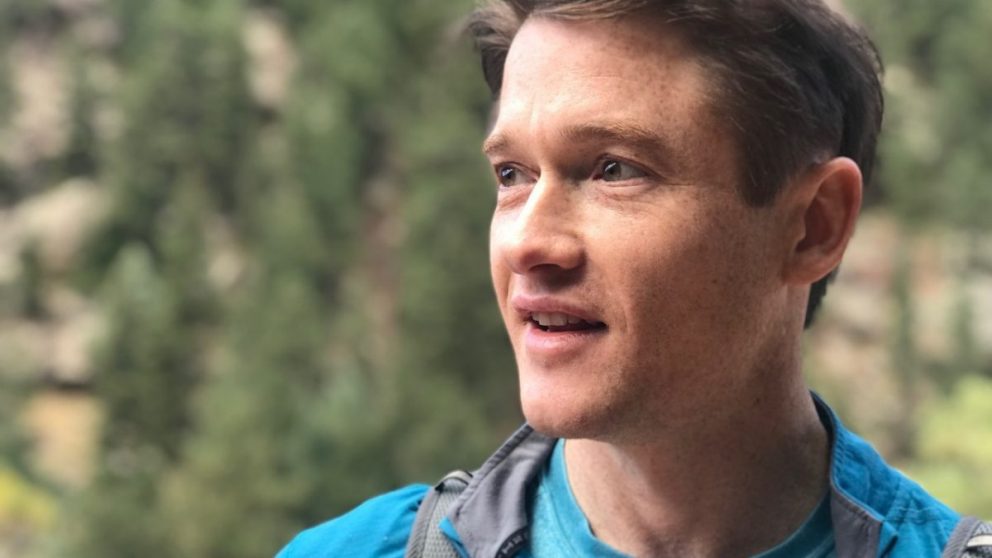 "I grew up in a small town and I wondered if I would live and die there; if I had any free will and control over whether that was my destiny or not. Couchsurfing was a way to escape." Casey Fenton, co founder of Couchsurfing.

The founder of Couchsurfing on optimizing for impact

Casey Fenton created Couchsurfing, the platform now known as one of the pioneers of the sharing economy. It was his way of taking control of his destiny, to share his experiences with other, and facilitate trust among people so more can live the life they dream about. But how does one create trust between millions of people? And what does it mean to “hack your ego”?

“Life is a precious thing. Life is an opportunity. I want to experience as much life as possible with the time I’m given with the other amazing people of this world. To do that one of the most important things is to have trust. You can’t go on one of these epic adventures, epic surfing of couches, building epic companies without trust. Epic experiences generally go along with cooperating with other humans. You can’t get as far unless you dare to cooperate. And cooperation is a trust exercise.”

We were on our way to Burning Man in a far corner of Nevada, USA. An epic event and a milestone in Casey Fenton’s life as an entrepreneur. He went to his first Burn in 1999. The foundation for Couchsurfing was already laid out. He had a startup behind him, he had the idea mapped out in his mind, and the opportunities in front of him.

Burning Man is about cooperation. An exercise in trust where everything is possible. Burning Man was the last spark that ignited Casey Fenton’s vision of building the platform that many people now know him from. A platform built on mutual trust and the belief that together humans can achieve incredible things.

I got to know Casey a while before Burning Man. We met at a startup conference, where he had a talk about trust and hacking your ego to become a person with as large an outside impact in the world as possible. With Couchsurfing Casey Fenton created a fanbase, a cult, where people passionately talk – online as well as offline – about how Couchsurfing, about how Casey, has changed their lives.

I later couchsurfed in his house in San Francisco. We agreed to go together to conferences in Chicago, Barcelona, and Copenhagen. I got an insight into how you can change your personality to create something bigger than oneself. And how to inspire others to follow.

He told me, that he deep down is an introvert. That can be hard to believe when seeing him onstage, how he draws people into his ideas and worldviews with grand gesticulations and vivid visions. But sometimes it shines through. A twitch at the corner of the mouth. A nervous smile. A pause in the recital of how to live a 1000 lives.

Casey Fenton grew up far away from here on the other side of the country in Brownfield, Maine. He finished high school one year early. Then he bought a bunch of flight tickets and left the safety of the well-known behind him.

“I didn’t understand the world. I didn’t know what I didn’t know. I wanted to see the world and understand it. I grew up in a small town and I wondered if I would live and die there; if I had any free will and control over whether that was my destiny or not. Couchsurfing was a way to escape,” he tells.

“I needed Couchsurfing in my life”

His world can seem chaotic. Filled with traveling, ideas, people. But he has his control systems, his intensive knowledge about the human psychology that many introverts obtain from years of observing, from years of trying to make sense of the world around them, translating knowledge. He knows how to inspire, influence, and how to change habits – his own and the habits of others.

“The early part of my life was about hacking my destiny. I wanted to change my destiny. I created a mindset about intensity, diversity, and frequency so I could start feeling the unknown and have a better idea of what I should be doing with my life. As time went on, and I started exploring more I realized that for me to grow I needed feedback from other people. This was where I really started to see trust as a foundation,” he says.

It was while living in Alaska that Casey Fenton coded what would become Couchsurfing, behind closed doors, psytrance blasting in his ears. Quickly he built a community of employees and volunteers, dedicated people sharing his mission, traveling with him from New Zealand to Israel.

“Everything I build is systems that I myself really need. That I wish existed. I needed Couchsurfing in my life but I knew that if we all did this together it would be better than just me building it myself. In doing it together it gets exponentially more interesting.”

Casey Fenton is a programmer with a background in computer science. It shines through when he optimizes his time with milliseconds by downloading a new app, restructuring routines, finding a backpack with more easily accessible pockets. When he talks about hacking one’s ego. Everything to get closer to the goal; make the time we’re given more efficient to have a greater impact. A time that he seeks to elongate by improving and hacking his body with minerals, vitamins, and short, intense bursts of physical activity.

“I want to have an outsize impact on the world. I want to change my life, I want to help the world, by making great businesses. But to do that you need more than the right plan. You need to be the right person. And it is hard to change yourself. My insights are that your ego, how your identity functions biologically, is holding us back. If we don’t understand how it works our ego is controlling us more than we control it. I believe we become the five persons we hang out with. Another way to say this is that we become who other people tell us we are through social cohesion,” he explains.

Casey Fenton is teaching that at conferences around the world; to hack your ego by letting others into your life and trust that they are willing to help you. That touches something in people.

“Trust accelerates life. The interactions, the experiences, that people received and gave through Couchsurfing got me to think about what else in life we are just waiting for that can happen if we have the confidence to take action and build relations. The companies I have built since all have an important element of trust,” he says.

One of his newest projects is the app called Wonder, a 360-degree feedback platform, a social mirror. Something he says he has been struggling with his whole life; how he can get the most accurate feedback from others about who he is and how his personality is perceived. Another project is Upstock.io, a company that offers employer equity as a service to create more transparency, higher motivation, and more trust between company and workers.

“Most people know about employee shares. Many companies spend a lot of resources on implementing a plan for employee shares but often they don’t work, they’re expensive and they don’t inspire people. Imagine now, that you in real-time can track your ownership with a simple user interface that people understand immediately. Then people begin to believe in the shares and have confidence in the system. They trust it. And when you have trust in you being treated well and you get your fair share you start to micro-optimize the world around you to improve the situation further,” Casey Fenton says.

Casey Fenton was one of the entrepreneurs defining sharing economy. Before the concept was mainstream. Since then the question of money and motives have become a bigger part of the discussion. Are people in the sharing game to share or to make money?

According to the numbers from Couchsurfing, the platform has 14 million users. Today, Casey Fenton is the founding chairman of the board of Couchsurfing. During the years, stories have surfaced about misuse of the platform. About people with dark intentions of what will happen on the couch. About whether the digital verification that surfers and hosts can pay for is actually worth anything.

“The sharing economy has gotten more robust. In the beginning, it was just trying to solve some of the basics like building reputation and trust systems, and people didn’t intuitively understand the models behind this. As time has gone on we’ve started to build more on top of those models and look into that when we have trust among the users of the platform then what more can we share? How can we make the marketplaces more efficient by using trust and reputation to make a system where everyone wins more? How can we rearrange the assets for everyone’s benefit?” he asks and continues:

“It is always a dance when there’s money involved. If the platforms go out of line with what the users want and don’t live up to what they promise, the users will find alternatives. Of course, some platforms will think that if they can give more of what is in demand they can make more money. And it is true to a certain degree. But if they overoptimize they will end up breaking the code of trust and lastly create a system that is not better for everyone.”

Casey Fenton does not view Airbnb as a competitor. He sees it as a different platform entirely. He has been asked this numerous times. To him, the one platform is about people, the other is about amenities. People and relations are still front and center in his world. Maybe that is what people feel when they meet him, the sincerity in his striving for impact. Together people can do amazing things. 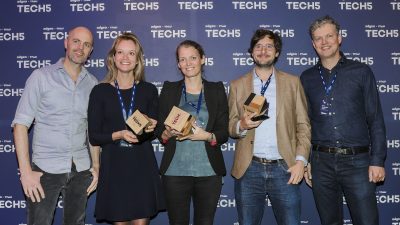