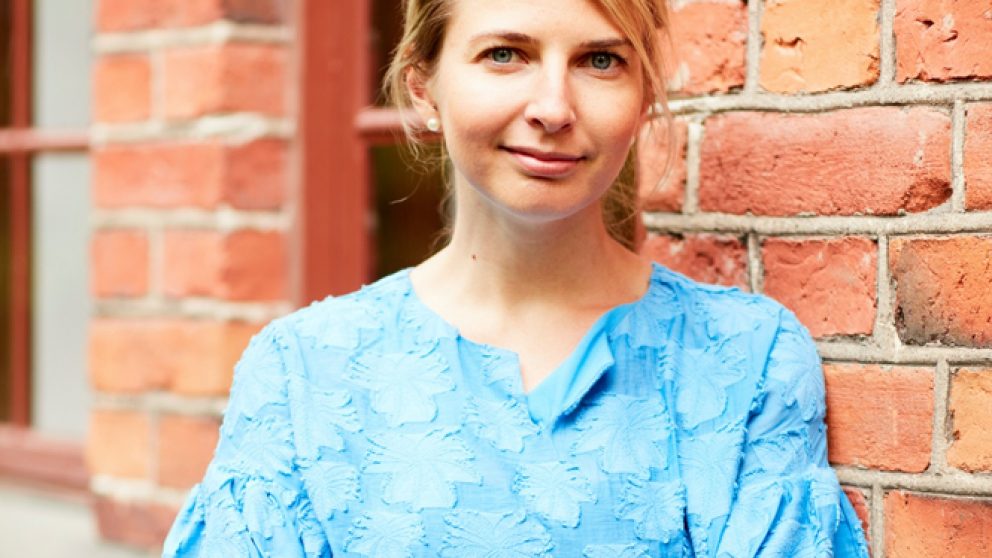 "The venture industry has changed a lot, and more people with various backgrounds have joined the industry," says partner in Inventure, Ekaterina Gianelli. Foto: Inventure.

Denmark Demo Day aims to bring international investors on board with Danish startups earlier. This increases the chance that more will reach series A and above.

One in five startups succeed in moving from early seed funding to raising growth capital through series A funding within three years. According to analysis done by Dealroom in The Journey to Series A in Europe, a startup’s chance of reaching series A grows significantly when international investors are involved.

Website and ticket applications for both investors and tech startups:

Deadline for applications for startups: April 25 at 12pm

Denmark Demo Day is a non-profit event where public and private players in the Danish startup ecosystem gather together to increase the visibility of Danish startups internationally.

Christoffer H. Malling, who runs the incubator InnoFounder Graduate, is in charge of this new event that starts the day before another similar event, The Investor Series, where the focus is also on increasing visibility of and increasing investments for Danish startups.

Shortcut to series A

The two events are thus aligned and working towards the same goal: putting Danish startups on the world map, from their first influx of capital to the great growth spurt.

Behind Denmark Demo Day are the following Danish public players and VCs:

The analysis from Dealroom shows that for European startups that have reached series A funding, the average startup achieved it in just 18 months. However, only 19% of startups who received early seed funding reach Series A within three years.

The analysis also shows that startups that have raised between US$2 million and US$3 million before the Series A round have the greatest chance of reaching Series A. The key is to have top investors from the start. Dealroom’s survey shows Danish startups prioritize top investors such as the German VC Point Nine, 500 Startups, Connect Ventures and seven other named venture funds. 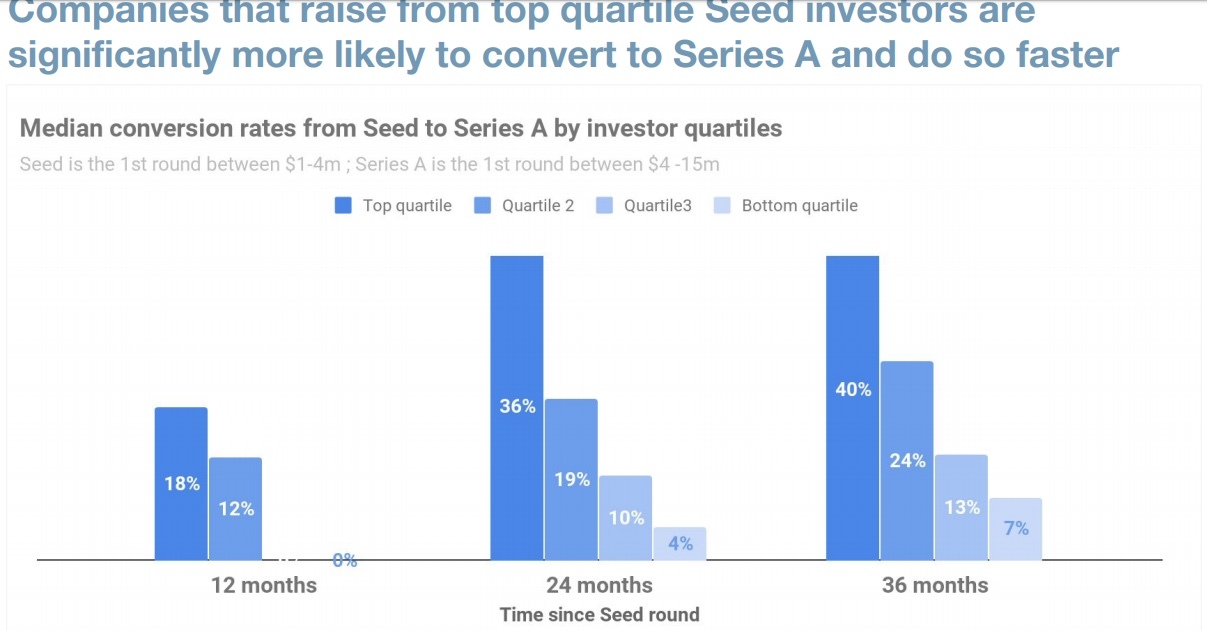 While Dealroom’s analysis is based on an array of European startups with no specific analysis of Danish startups, Malling believes that the findings can be applied to the Danish ecosystem. In short, Malling believes that if international investors are involved from an early stage, more startups will reach series A faster, benefiting startups, investors and the Danish society as a whole.

From Atomico to Accel

On the investor side, some of Nordic and Europe’s heavyweight venture funds have announced their attendance, so Danish startups can expect to meet experienced venture funds, including: Accel, Atomico, Index, Balderton, Creandum and Northzone, and newer funds, such as Nordic Ninja, Futuristic.vc and The Nordic Web Ventures.

Leading startups from Europe and Denmark that are participating (as of publication):

Christian Jantzen is the Danish founder of the international venture fund Futuristic.vc and one of the newer venture funds participating in Denmark Demo Day.

Jantzen has noticed a positive international momentum making its way through the Nordic ecosystem, and he believes that this momentum should be exploited by maintaining the interest of international investors.

“Larger events are good for the startup environment in Copenhagen. They help us to gather current players and attract international attention to Nordic countries,” says Christian Jantzen.

Not a road for everyone

He does not unconditionally agree with the premise that there is a funding gap for series A, or that the road to it is too long. The fact is that only a few people ever reach so far, he points out.

“The overall survival rate between seed and series A is, according to Atomico and Dealroom, only 19 percent. Therefore, we just have to admit that there are very few companies that reach that far. I do not necessarily think international seed funds can help much here, except with a little extra network. But most Danish funds already know and cooperate with the established series A funds,” he says and adds:

“Having said that, it is important that startups have the opportunity to raise from a wide range of seed funds. For some companies it will make sense to raise from rounds abroad earlier. For others, it makes sense to raise locally. It depends a lot on your market focus,” Christian Jantzen notes, who himself has four companies in his portfolio that have raised larger seed rounds of more than DKK 10 million.

It certainly does not mean that international funds are better; it just means that different companies have different needs.

Jantzen’s four startups all choose to raise money in London or Berlin. Here they found investors who could help them more than the locals and were more likely to invest earlier.

“My primary value-add as an early investor is to give you the network across Europe to raise the round you want. It certainly does not mean that international funds are better; it just means that different companies have different needs,” Jantzen adds. He expects to come home from Denmark Demo Day with good deal flow, inspiration and new relationships that he can work with.

This means that organizers behind targeted investments have invested in younger partners and employees of the international funds attending. The focus is on those who will soon form the ecosystem, and also on creating a solid network between investors that will strengthen the entire startup environment.

The venture industry has changed a lot, and more people with various backgrounds have joined the industry.

Ekaterina Gianelli from the Finnish anchored venture fund Inventure is one of the younger investors participating in Denmark Demo Day. She recently become a partner in Inventure over Easter and is thus a good example of the venture industry moving away from a few well-established, heavyweight firms with minimal diversity in partners.

“The venture industry has changed a lot, and more people with various backgrounds have joined the industry,” she says.

Open call for women in tech
Ekaterina Gianelli is looking forward to meeting Danish startups early in their growth process, and she is especially looking for startups in digital health, new materials, future food and consumer services in general. But she is also ready to meet startups from completely different industries.

Gianelli is particularly interested in connecting with female entrepreneurs who, according to her, are still difficult for the venture funds to find.

“We do what we can to look beyond our usual network, and we generally encourage women to join the tech ecosystem, and we coach them to build their business. I hope we will soon see changes here,” says Ekaterina Gianelli.

Inventure is behind two recent investments in Danish startups, and the venture fund expects to invest more in Denmark.

“We are working on a stronger presence in Denmark. There are many ambitious founders here that we would like to support,” she says.

Knowledge diversity is important
Christian Jantzen also represents the new generation of international investors in the startup environment, as he sees the value in meeting other young investors from other nationalities.

“The European investor scene is extremely young in general, and the vast majority of our venture capital comes from relatively new managers. Outside foundations such as Index, Northzone, Accel and Balderton, there is only a collective experience of ten years. With new capital comes new thoughts, and we have to recognize that Europe has historically been far behind Silicon Valley, this is why new blood should be a refreshment for the next generation of entrepreneurs. We see the world differently, do not come from investment banking or the established industry and generally have a different outlook on future technology. If it then pays off in the form of better returns, time will tell,” says Christian Jantzen, who emphasizes that, being “new” in the industry also means it is important to learn from the older institutions that have been involved in both high and lows.

“Most people in the “new” generation have only invested during a period of extreme growth, where interest rates are low and there is an abundance of optimism. To be a skilled investor, it is extremely important to be able to navigate various economic cycles, and that is only knowledge you can only unlock when you have invested for over 10 years.”