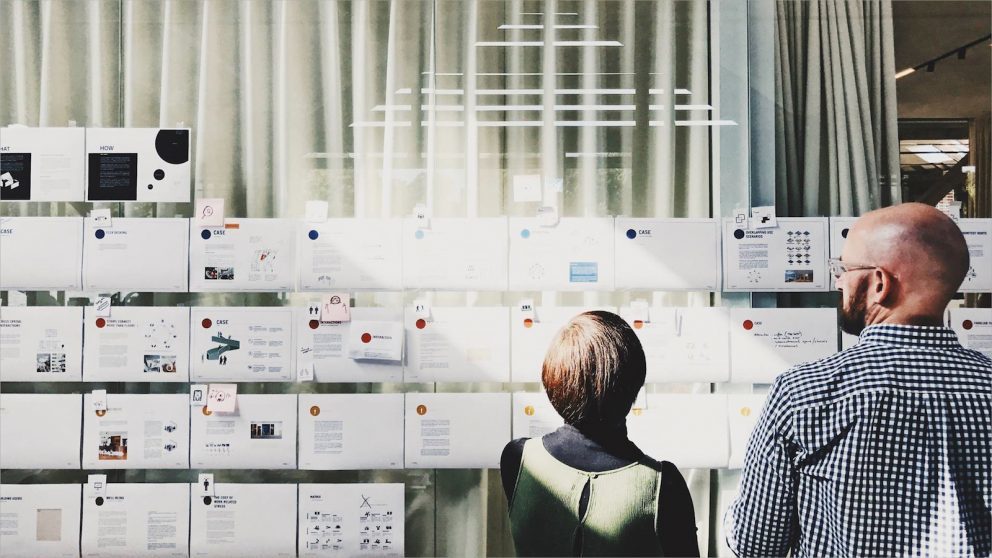 Human Studio is the startup that brings people and buildings together

The old trees are slowly starting to appear in the aging stock courtyard in central Copenhagen. Inside one of the doors to the weathered half-timbered house, we find the daily residence for a number of startups that focus on construction.

Construction as an industry has not experienced an influx of digitalization, but a number of companies – located below the looming shadow of the big BLOX building – are trying to change this.

Human Studio is digital at its core but recognizes the importance of human nature, as it is such an important part of how we live and build. That why for Human Studio, you can’t leave the human perspective out when working in construction.

Mille Sylvest, who is a partner in Human Studio, believes this whole-heartedly

“We look at how to go in and see both the intention of a building, look at what is actually going on in it, and then look at what the relationship is between the final physical result and the activities that take place on the spot,” Says Mille Sylvest.

Human Studio is one of the companies that calls the idyllic and fully renovated stock courtyard home, together with a number of other innovative companies.

Here BLOXHUB has made the so-called BLOXHUB Campus – an office community for entrepreneurs who work with architecture, construction and design. Human Studio consists of Mille Sylvest, who has a Ph.D. in Architectural Psychology, and Architect Ryan Newman.

Human Studio specializes in evaluating and analysing a company’s organizational culture and how this fits with the buildings that they work in.

“It can be both the architect’s intentions in relation to what the building will be, how functional it is going to be, but it can also be the organisation’s intentions – what type of building you thought you wanted to work in. And that intention is really often hung up on buzzwords. So over the last 10 years everyone has wanted to sit in activity-based work spaces, but it did not necessarily match the organization’s work culture,” says Mille Sylvest.

Human Studio doesn’t fit neatly inside a box, because they work across different user groups, different organizations and with offices in buildings that are already built.

“We also get into some existing buildings and work on how to optimize them based on how they are used. How can we manipulate the physical environment to fit the actual activities that are taking place, and instead of letting the users take the burden, we let the house carry the weight,” Mille Sylvest says.

It is, among other things, about the fact that furniture, coffee machines, hallways, etc. must be where people get the best out of and joy from them, where it makes the most sense for both the individual and for the collection of individuals who make up the users of the building, and that one should create the optimal framework for people to drink coffee, talk, do concentrated work, rest and be active.

Projects with Disney and Harvard

Human Studio has made a significant impact for their customers, who have seen the many benefits of using a company with their skills and know-how, including customers such as Harvard University.

When working with Harvard, Human Studio was given the task of analyzing and designing the optimal human-building relationship in the classic Cabot House, which serves as both lecture hall, dormitory and home for approximately 400 students.

Analysing and designing the optimal human-building relationship is something that takes an elevated level of commitment to research and analysis.

As part of a larger project, Human Studio moved into Cabot House for several months, observing students, the post-its students and teachers shared on bulletin boards and conducting qualitive interviews with staff and students. Through this Human Studio gained valuable insight into who the users were and what they needed from the building itself.

In addition to their work with Harvard University, Human Studio has also worked with creative organizations such as Disney, analyzing and creating solutions for a 152-meter tall building in the Church and Wellesley neighbourhood of Toronto.

The new hub for Danish construction

Human Studio is a relationship-born business, and according to Mille Sylvest, moving into the BLOXHUB campus has allowed Human Studio to connect with others who potentially could be partners or customers. Sylvest continues “Hands down, moving into BLOXHUB is the best decision we have made as a company”.

Even though BLOXHUB Campus is more startup-focused and companies have their own wing away from MTHøjgaard, Currie & Brown and other major members of BLOXHUB, they do not lose the benefits of the BLOX community. They get the best of both worlds.

“For us it is perfect. We usually have business partners come here because there is just peace to sit and go in depth with something, and when we have people we meet for the first time or we must show something to, then we take them over to the BLOX building”, Mille Sylvest explains about what BLOXHUB Campus gives them as a company.

BLOXHUB also holds networking meetings and inspirational workshops where residents of BLOXHUB meet and discuss their projects. It creates synergies and opportunities for the incumbents to be inspired and disrupted by the new ones, and it offers completely obvious opportunities for growth and development for small businesses – such as Human Studio. 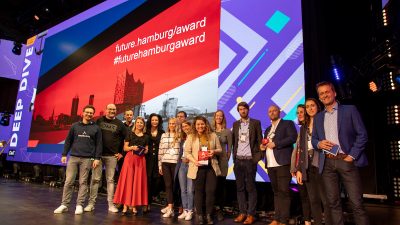 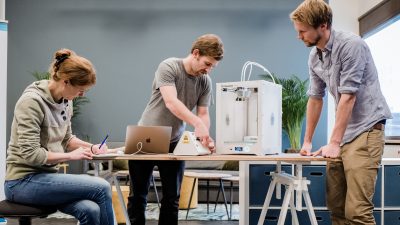